You are here: Home › FAMILY › A WORRYWART MOM’S TRUE STORY

Picture a worrywart mom getting a call from her mid-twenties-aged daughter, who is all excited to tell about the New Zealand trip she and a friend are planning.

The worried mother later looks up this cave rafting to discover it’s also called black water rafting and comes with warnings that if you’re afraid of very enclosed spaces or acrophobic, considering the 50-foot zipline, this may not be for you. 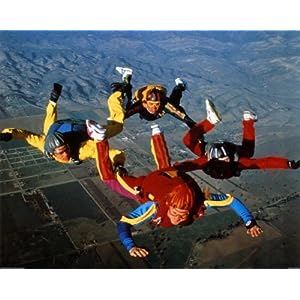 Now there are three more activities the daughter says she is planning, which I’ll name in order of least scary: hang gliding, sky diving, and tied with sky diving for most scary is scuba diving (which in itself would lead a mom to go to sleep with the lights on, especially since she knew a young woman who died at a Club Med while scuba diving)  . . . scuba diving, that is, with sharks! (Is there an emoticon for a silent scream?).

Worrywart Mom tells her dear, old friend about this. Dear Old Friend asks, “Was that an April Fool’s joke?” But, no, WW Mom consults her cell phone and sees it is August 22nd. This must be a true story.