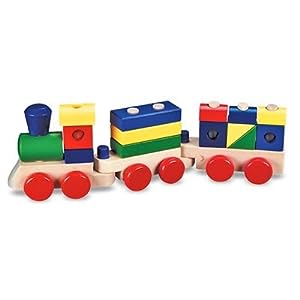 Yesterday, my train back to DC from Philly was two hours late because someone decided to end his or her life outside of Trenton and under the wheels of an Acela on that blue-sky afternoon.  Employees at 30th Street Station were amiably accommodating, responding with smiles to my persistent requests for updates (which is one good reason to take a train rather than a plane, where agents shoo me away after my first half hour of elbows on their desk during a flight delay).

The Amtrak banter enlightened me that when a train hits a person, they call it a strike.  And all trains are delayed while the striking train undergoes a police inspection. The local coroner must also file a report.

Eventually, other trains were allowed to proceed, but the Acela involved had to wait and its passengers were part of the investigation; they weren’t allowed to leave the train!

The banter included that it might take a while because the coroner was probably in the middle of a Sunday barbecue. Maybe too he was weary because the previous train suicide at this sight had occurred only two weeks earlier.

So you may wonder how a worrywart dealt with the delay and uncertainty.  I was wrought, but I also enjoy these situations of shmoozing with anyone who wants to strike (so to speak) up a conversation.  Two ladies outdoors where I went to sit gave me the 411 about the Bolt bus, which was heading to DC from across the street at 2:12.  Do I take my chances and wait for the train?  There’s nothing worse than choices.  Imagine the regret if I’d had to wait hours more when I could have been home.

I haven’t sufficiently conveyed the anxiety I was feeling.  Before the waiting, I was wrapped up in a gaggle of worries. Now that I had this new train delay concern, though, I could think of nothing else.  I tested myself, checking in with all my categories, the work I have to do and the gutter problem at my house and how much I missed my daughters. Nope, all my worry wanted to remain with the train being late.  And, I didn’t even have to be home urgently.

Why I was so shaky about the delay I cannot say. Maybe underneath it all lay repressed horror about the train hitting someone. But I can say that being so jazzed up and then feeling so assuaged when I finally boarded was like having a worry orgasm that relieved me of all the other tensions I’d had.  When I sat down on the train finally, I felt spent and so relieved and relaxed.  Maybe next time I’m overwrought I can scan the Amtrak Website for a delayed train and scamper down to the station and buy myself a ticket.  Let’s call this a worry tip.

Followup: This post upset my dear friend. I apologize in “‘Worry Orgasm’ Regrets.”

After My Husband Died, Dealing With His Possessions: One Woman’s Story

Can Separate Bedrooms Save Or Destroy A Marriage?