You are here: Home › FAMILY › RIPTIDE EARL AND OCEAN MEMORIES

As a kid at the Jersey shore, on days of ocean calm, I would float over the occasional ripple with my dad, his hands folded behind his head and his tan, slender, feet parallel and pointing skyward. “Ahh, this is worth a million bucks,” he’d say and now I know he was right about those precious moments.

With my mom, we would swing and sway our way out past the breakers and with hands aimed toward England, we’d recite a duet of “Up and over” each time a curl of the sea made its way to us.

Whenever I braved a swim at the beach alone, though, my memories are all about getting battered and tossed about by the waves and ending up tangled underwater among big people’s ankles. 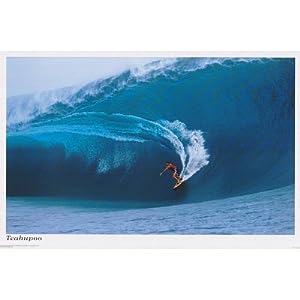 The period between my carefree summers of childhood and my thirty-something years I call my recurrent-tidal-wave-dream years. (Well, to be honest, I just started calling it that for the purpose of this story.) I had no idea what a tidal wave looked like but in my imaginary it was a slate-colored arc of the sea that rose to great heights, all white and foamy at the edges, casting a shadow over all those on the beach. In the recurrent dream, I was always on the beach, where I knew I couldn’t outrun it, but I had to try, and just then I always woke up.

Here’s one more story, or if you’ve had enough and are interested in Riptide Earl, skip this and the following paragraph. When I was in my thirties, I was in East Hampton with my boyfriend, Steve, who then became my husband, father of my three daughters and my ex-husband. Steve is an expert body-surfer, who once saved his Uncle Alvin from a riptide. (The best part of the story comes when, Alvin gasps, “Save yourself!”)

Steve and I went in the ocean and the waves turned out to be bigger than they looked and I couldn’t get past where they were breaking, so Steve held my hand and we had to keep ducking under them. Have I told you how much I fear/hate going under water? We would have exited, but bang, bang, bang, the waves kept coming one after the other, just like my contractions when the obstetrician was angry with me because I was maybe going to switch doctors and also it was Christmas day and he cranked up the Pitocin to get my beloved firstborn, Lizie, out quicker and there was never any break, as I said, just like the waves that day in East Hampton.

Obviously, Steve got me out somehow. Which brings me to Earl. This morning on the radio I heard a report about Earl traveling up the Atlantic coast and the commentator said that there were riptides. And, not only that. He said there was concern because even after the ocean calms down, the riptides can remain for 24 to 48 hours after the hurricane passes. So, please be careful if you venture into the Atlantic, and if you are my kids, stay close to your dad.

One Response to "RIPTIDE EARL AND OCEAN MEMORIES"