I’d been rooting around for a good mental picture to swap to whenever I get visions of things like having no one to play Scrabble with when I reach my December years.  I was searching for a sweet memory of which I have many. The ones that kept leaping to mind, however, were of jolly times at home with my kids and their friends, back in the days before Medicare was looming in my immediate future.

The problem with those memories is their bittersweetness, the kind of joy mixed with loss I feel when I watch videos of my daughters in their single-digit years: Emily cracking herself up by repeatedly throwing her 2-year-old little body on the beanbag, while Sabrina sings Appity Oy Lo, which she thinks is Happy Birthday, and Eliza–also in her own orbit–cartwheels continuous figure eights around her sisters. Of course the video camera captures the idyllic moments, then you hear a wail begin and the scene jumps to another smooth performance until a wail begins and then another scene jump and so on. 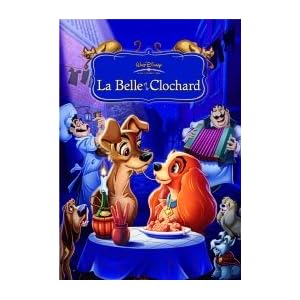 So I was delighted when out to dinner last night with my ex-so-called boyfriend at our favorite restaurant, where we go so often that all the waiters stop by our table at some point to say hi.  Never running out of things to talk about, masticating each subject to a pulp, the ex-so-called and I create a scene that in itself is a worthy video to use as a replacement when I catch myself worried about being captured by terrorists.

However, something led us to recall a neighborhood restaurant we used to go to. It was on a wide, quietish street–just a smattering of folks walking dogs–with a panel of grass dividing the scantly-traveled traffic lanes. The cafe had no al fresco dining, but whenever we went we’d ask if they would mind setting up a table outside for us. And there we’d be, just me and Mr. Wrong on the sidewalk, knowing we looked a bit out of place sharing a bucket of mussels at our solitary table on the pavement, yet feeling happy like in a Disney movie.

In fact, it always reminded me of “Lady and the Tramp,” the scene where they are slurping spaghetti under a bright moon, Lady batting her eyelashes and the jolly serenader crooning “Bella Notte.”

So my tip day tip is to prepare a mental image or memory that cheers you. Then, next time the woes arrive, change the channel to this soothing pre-planned thought.