You are here: Home › Things I worry About › OF BRIDGES AND WINE GLASSES

Here’s how I don’t like to drink wine: from a wine glass with a long slender stem. I know this may sound silly, but I don’t get how a tall skinny stem can securely hold up the whole vessel.  In my dining room, stem wine glasses pose a particular hazard. We have a round table with a lazy susan in the middle.  So if someone scoops peas onto his/her plate and leaves the serving spoon sticking out over the edge of the turntable, the next time someone spins the lazy susan, the spoon handle can take out several wine glasses.

So you can understand why I was smiling when stemless wine glasses appeared on the shelves at Crate & Barrel.

It reminds me of how, as a kid of around nine years old, whenever my mom or dad drove along the Schuylkill River with me in the car, I waited—barely breathing—for our two-tone Buick to veer into the water.  On bridges, unable to imagine how they held a car’s weight, it was worse.  We would cross the Schuylkill River on Philadelphia’s Spring Garden Street Bridge with me balled up in the back seat, squeezing my eyes and fists tight, preparing for the bridge’s collapse and our plunge into the menacing water below.

A lot of my worries result from my ignorance of science.  I don’t even want to discuss how a metal capsule with hundreds of passengers and their luggage climbs to 30,000 feet and travels for 14 hours over the North Pole, if you are going from Washington, DC to China.  Who hasn’t, at some point in their lives, wondered about that?  It helped a tad that I once read how a plane’s ability to liftoff relates, at least in part, to air pressure above and/or below the wings.

It also helps that a friend once told me the first 30 seconds after takeoff are the riskiest.  So I always look at my second hand and then forget to check again until way more than 30 seconds have passed. Imagine if he had said the first hour. 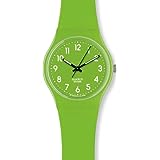 A back-to-school night project when my oldest daughter was in second grade helped explain how bridges work.  The teacher asked foursomes of parents, seated knees to chins in their little children’s little chairs at little squares made up of four little desks, to construct model bridges from paper and tape.  I would have failed but for a clever fellow parent.  If I remember correctly, he rolled up paper into four tubes, each of which he taped. He then set another paper, or more likely a stronger material, on top and showed that when you put pressure on top of the tubes, they don’t collapse.

Even knowing the science hasn’t helped me when crossing the 4.35-mile (and mile-high?) Chesapeake Bay Bridge, a long way to hold your breath.  I think the worst part of being on that bridge is that you often have only one or two lanes in each direction AND, rather than being solid, the sides are see-through.  So it feels like only air is separating you from the breathtaking drop to the chilly, murky bay below.

The last time I drove my car over that bridge was eight or so years ago.  I remember having to listen to Julie Andrews singing “The hills are alive with the sound of music . . . ” to try and soothe myself.  I’ve heard there are people who will drive your car over the bridge. (Over, from one side to the other, that is.) 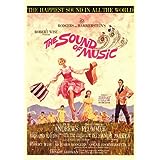 Even with surrogate drivers and stemless wine glasses, however, I’m not ready to park an 18-wheeler in the middle of the Chesapeake Bay Bridge and toast the planes flying overhead.