You are here: Home › BIKING › LETTER FROM BEIJING

Unrelated announcement: Worried about your waistline over the holidays?  See some great diet tips in my new Home Goes Strong post: Stock Your Kitchen to Reduce Your Waistline.

When traveling, I experience this pull between what I feel like doing and what I think I ought to be doing.  In Beijing, something always draws me to Stone Boat Teahouse in Ritan Park.  And on this current trip, an urge to write and reflect attracts me here for hours every day, to sit on the worn wooden deck at the edge of a pond that is ringed by weeping willows. Strains of Louis Armstrong crooning “Mac the Knife,” Nat King Cole’s smooth “White Christmas,” the soothing sound of Lena Horne’s jazzy “I’ve Got You Under My Skin,” and her warbling “As Time Goes By” play all day long.  As for tea, choices include claims to promote energy or sleep and to protect from flu. In any case, one pot with free hot water refills allows me to sit all afternoon, writing, using the Internet connection and, when it gets chilly, wrapping up in a red fleece blanket they keep in a cabinet for this purpose.

It was only a few days into my three-week visit to my daughter, who lives here, that I established this behave-like-I-live-here-too routine.  Perhaps a 20-mile bike ride to Beijing University shortly after I arrived in this city, to which I moved for 16 months in 1979 and which I have visited often, allowed me to feel I’d inhaled a full array of the sights, sounds and smells of both new China and, above all, my beloved old Beijing. I wheeled through quiet narrow lanes, past workmen and babies in grandmothers’ arms and lines of laundry.  Then a meandering hutong would open to a bustling, screaming neon area with sidewalks crammed with shoppers, dense as new packs of cigarettes. Striving to pedal on back streets, I just kept heading north and west and at each intersection made a decision as to which direction would be loveliest.  Frequently, though, I paused to consult my map and strategize how to circumvent certain frightening, mega-lane crossings.

I also stopped to snap the occasional photo, like one of a restaurant named Palatable Pizza, which reminded me of the sign I had seen here last year in a spa that read “Slip carefully.”  It also made me flash on the menu at lunch earlier in the day whose not very palatable curry potatoes turned out to be sweetened mashed potatoes with rainbow sprinkles on top. Maybe I would have done better with their “bacteria beef” or another dish called “gives birth for the first time for the peasant family to be happy.” Often, as I bike, I think about things to write, but during the four hours it took to pedal to the university’s campus I had to concentrate solely on keeping myself alive.  Over the year since my previous visit, I must have processed in my sleep how to cross Beijing streets, as I’ve become more competent at getting from one side to the other of ring roads that seem wide as football fields.  Nonetheless, I still hold my breath in terror every time I have to cross. 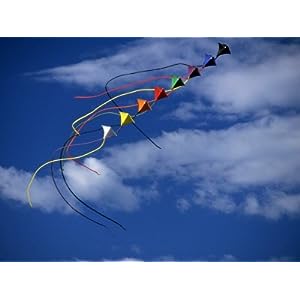 It’s five p.m. now in Ritan Park.  The blue sky is fading into dusk.  Opposite Stone Boat Teahouse, above the pond, five high-flying kites flap toward the heavens like rainbow-colored birds.  Soon it will be time to pack up my laptop, put on an extra sweater and head out along the park’s lamplit path until tomorrow morning when I return to Ritan to join mostly retired folks for my pre-breakfast exercises.

Notice to burglars: I’m no longer in Beijing, so don’t try to break into my house. I waited till I returned to post this.

Notice to readers: I’m working on a post about deterring break-ins for Home Goes Strong and welcome your ideas. I already wrote one such post and got so many ideas from the comments and that’s why I’m planning a second article.

My favorite was from a 69-year-old woman who lives alone. If the doorbell rings, she yells, “Larry, when you finish cleaning your gun, get the door.”