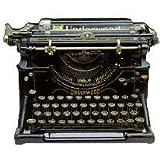 It all began with a tweet from MaMoosie, even though it originally began 50 years ago with a French kiss lesson.

During one of my maladaptive, obsessive, neurotic checkings of Twitter messages, I see this retweet from one of my followers “MaMoosie” who knows I’m a writer:  “’Writing is easy. All you do is sit down at a typewriter and open a vein.’ RED SMITH.”

I like this quote and I check out the one who originally tweeted it. It turns out he tweets these writers’ quotes all day long. I click to follow him so I can read more tweets, like “’The beautiful part of writing is that u don’t have to get it right the first time unlike, say, brain surgery.’ R.Cormier”

Then I look at his Twitter profile (All I know at this point is his Twitter name, AdviceToWriters). He has more than 35,000 followers, including Dick Cavett, witty Sixties talk show host, presently a writer.

Seeing the staggering 35,000+ number of followers shoots an adrenaline spike through a blogger like me who takes pride in her 88 followers. A thought bubble inflates overhead, If only I could get him to tweet about my blog, imagine how many new visitors would drop in on Confessions of a Worrywart, maybe even Dick Cavett . . .

I read his actual name. Oh My Lady Gaga! He’s Jon Winokur, Jonnie Winokur Junior High! I go to Amazon and see he’s written dozens of books from Ennui to Go: The Art of Boredom to The Portable Curmudgeon. 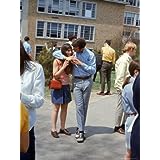 Jonnie lived two doors away from George, my first boyfriend. George and I were the power couple in ninth grade when Jonnie was in seventh. But it was fun to pal around with Jonnie despite the age difference.

All these years later, I email Jonnie and he writes back. I sign Sue and explain, “I might forget and sometimes sign Susan, the name I’ve used ever since I reinvented myself in college.”

He emails back, addressing me as Sue/Susan and signs off as Jon/Jonnie, and when he next writes, he uses S/S and J/J. This is just the kind of thing that will stump me for minutes when I email him again and try to decide what names to use.

He says he remembers me as happy-go-lucky; I respond that’s true, but I’ve always been wired to worry.

I also tell him I’m thinking of doing a post about my writing life to see if I can merit a tweet to his 35,000+ followers. He says he’d be delighted to retweet something I compose on the subject of writing and encourages me also to write about George.

Jon/Jonnie offers to send me a copy of his Encyclopedia Neurotica, perhaps perceiving a bit of neurotica in me.

Meanwhile, I write J/J to ask if I’m only imaging that I taught him to French kiss, “egged on I’m sure by George,” I add. 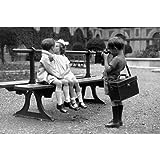 J sets the record straight, “I vaguely remember something about a French kissing lesson, but I’m hazy on the
details. (There have been so many.) Wait, it’s coming back to me now: As I recall the lesson consisted of too much theory and too little practice.”

I’m worried I’ve not come up with insights beyond the banal: Wowee digital connectivity! Nonetheless, I am now going to alert Jonnie to this very post and also call his attention to to my first blog post ever, “To Blog or Not to Blog,” which indeed is about writing.

To find out what happens if Jonnie tweets one of my links, check out my Twitter page and look for a number at the top that is higher than 88.

Have you turned up any blasts from the past on Twitter or elsewhere online?

See more of my relationship posts on Life Goes Strong: