Riddle: Every family has them, what are they?

Answer: Nicknames that are too embarrassing to expose outside the home. After coffee with friends, I return home, open my front door and call to my bassety beagle Casey, “Casemaster General, where are you?”

So again I call, “Caaay! Caseman! Whatcha up to?” Suddenly realizing the open-door opportunity, he brushes by to pee in the front yard. Just then it pops into my mind, Would it be too embarrassing to explore on my blog all the names I use to address my best friend? (Just how far would I go to embarrass myself?)

My father, who called me “Poodlebug” when I was a kid, thought Casey should have a Jewish name and dubbed him “Chaim.” I embellished it and, only when he’s especially good, I call him “Chaim Goodman.” Other times, he gets nicknamed after the food group he’s broken into.

So he responds to “Pretzelman” and “Nutman” as well as the current “Teaman,” after he unloaded an open shelf of teas, scattering all over the place the leaves he didn’t feel like eating. I now have to store the salvaged tea in the dishwasher.

With sagging jowls, sorrowful eyes, shiny as big black marbles, and ample folds in his neck, he looks as much like a Chester or Chesterton as a Buckminster Fuller, but the Chester monikers never stuck.

“Basset Case” is one that has stuck, its origins a Hallmark card my daughter sent that features a basset hound below the words, “Without you . . .,” and inside, “I’m a basset case.”

Speaking of dog names, when I was in my twenties and getting ready to move to Vermont, I told my boyfriend (the one who was moving to NY and didn’t invite me to join him) I wanted to get a hound dog and name him Alan. Sometimes before going to sleep, I would 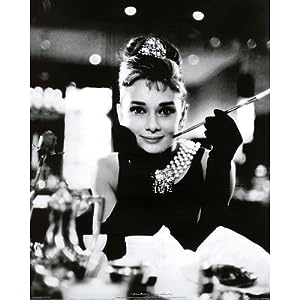 practice calling, “Alan, get in here for lunch!” and we’d dissolve into giggles.

For years I wanted to name my next dog Audrey Hepburn. But then I had to deep-six the idea after Charlotte on “Sex and the City” named her Cavalier King Charles Spaniel Elizabeth Taylor. Otherwise, people would think I copycatted. Hm, that would have embarrassed me.

Most often I call Casey “Caseman” or just “Son.” The other name I call him most often is “Cutie,” conincidentally the nickname my ex chose for me, except he shortened it to “Q,” a nickname for my nickname.

Back to How far would I go to embarrass myself? I was hoping the pup names would embarrass me, but they don’t.

Even though I don’t embarrass easily, I easily embarrass others. Just ask my kids. Or my friend Jackie, who was embarrassed to be seen with me the time we were both in Paris because my only footwear was New Balance running shoes.

I submit it would have been a lot more embarrassing if, trying to look French, I’d worn a beret.

Unrequited handshakes, especially with Orthodox rabbis, awkward but not embarrassing.

The friendliest girl in the ninth grade at Thomas Williams Jr. High in 1960 passes another biker on an isolated path, and squeals “Hi!!” but the biker doesn’t respond. Disappointing, but not embarrassing.

Embarrassment for others, does that count? Like watching a comedian and no one laughs; I get so embarrassed for the performer I could plotz.

At a reception, I once saw a woman who wasn’t even drunk fall onto a buffet table and topple it. Embarrassing, unless you didn’t like the person; then it’s just schadenfreude. There was the day I biked 26 miles in China and my bell didn’t work. I bellowed “ling ling” all over Beijing, biking on the sidewalk as I do. Maybe I figured “ling ling” sounded more Chinese than “beep beep.” Indeed, the following night at dinner, my Chinese friend told me ‘’ling ling’’ means vagina. Amusing, but not embarrassing.

Oh, I just got one, proving that if you keep writing, ideas come (or if you Google “things that embarrass people” ideas come). In first grade I was too embarrassed to ask Mrs. Salkind if I could use the lavatory and I peed in my pants. Then I put my head down on my desk and cried into my folded arms.

What embarrasses you? What are your funny or embarrassing family nicknames?