You are here: Home › BIKING › WRITER + ENCOUNTER WITH STRANGER = STORY 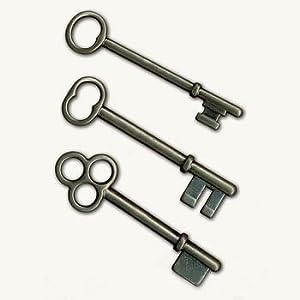 It’s a common occurrence in New York and other cities. You put your key in the lock of your apartment building and someone is about to follow you inside.

What do you do? Usually in the interest of security I ask if the person lives there and then request they use their own key or buzz the person they are visiting.

It happened to me a few days ago. A tall, handsome black man, somewhere around my daughter’s age of 29, follwed me through the first of two locked doors to my daughter’s building in New York City. Several things whizzed through my mind.

Mainly I thought, Will he think I’m a white woman not letting him in because he’s a black man?

Nonetheless, I asked, “Do you live here?”

In a pleasing Obama-like voice he replied, “No, I’m visiting my friend in 5D.”

“Would you mind asking your friend to buzz you in?” I said.

And I headed upstairs to quickly drop off my laptop and pick up my jacket before meeting my friend for a day of biking in Queens and Brooklyn. I also wanted to get a snack during my discretionary five minutes.

But I couldn’t stop thinking about that attractive guy in a sweater and down vest and wondering how he felt about my not opening the door to the building for him.

I decided to forgo the salad, chocolate and glass of milk I had counted on scarfing down. Instead, I grabbed my jacket, bounded up to the 5th floor and rang the buzzer of 5D, while running through various permutations of gender and race and how I would have responded to each combination.

I egged myself on, knowing that a story for me to share with you was in the making.

A white guy named Matt answered the door. Still panting from racing up the steps, I asked if I could speak to his friend that a few minutes ago I didn’t let into the building.

“I’m Shawn,” said Shawn in the soothing voice. “Nice to meet you.”

I handed Shawn my card and told both of them, “I’m a writer and I’m wondering if I can ask you a question about what happened downstairs.”

I told him I felt bad not letting him in and wanted him know it wasn’t because he was black; I added that I felt bad because, as a black man, he must often run into suspicious white people.

And then I ran through a few permutaions.

“It would have been easier,” I said, “to not let in a white man.” No guilt. I would not have given that another thought.

Maybe I would have let a white woman in without questioning, though the previous day a white woman closed the door on me while I was fumbling for my key.

I later realized I hadn’t mentioned the black woman option; did that omission suggest a bias in me? Would I have admitted a black woman? In general, I’m more intimidated by women, so on that alone I’d be more inclined to let a female in. I wouldn’t want a woman, black or white, mouthing off at me. Where Shawn and I are from

Shawn said, “I didn’t think about it at all.”

I started to mumble something about living in New York or DC, where my home is, there is so much more blending of races and Shawn said “Oh, I’m from D.C.” and I asked what he did and we three morphed into stop-and-chat chatter.

Already running well beyond my discretionary five minutes, I asked Matt if he knew my daughter, who also lives in the building, and he said, “No, is she single?”

She is. And I wondered whether Shawn was single.

Soon thereafter I had to leave. While pedaling along First Avenue to the Queensboro Bridge, I thought about how rewarding it is to take a moment that could have been nothing more than breezing by a guy in an entryway and make it into a story, in this case, one that challenged my assumptions.

Of course, I’m worried I’ve said something racially offensive here. Sometimes I need to ask a black friend if something I say or think is acceptable, the same way I sometimes have to read New York Times editorials to know what I think.

What do you do when someone is about to follow you into a locked apartment building? Do you act differently based on their gender, race, appearance, smooth voice, etc.?

Check out some of my recent articles on Home Goes Strong:

*SHOULD COUPLES HAVE SEPARATE BEDROOMS? READERS RESPONSES MAY SURPRISE YOU

*TOP 10 WAYS TO WIN AT SCRABBLE AND WORDS WITH FRIENDS