You are here: Home › DIVORCE › DIZZY: LIVING WITH MY BOYFRIEND, CIRCA 1967 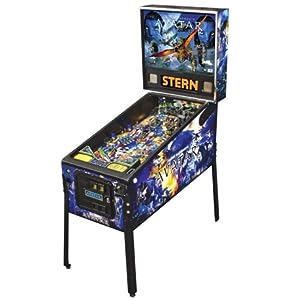 My starter husband Saul and I began dating the week before I entered college; we married after my sophomore year and divorced during my junior year. I emerged from the husband, the garden apartment and the Impala sedan squinting from the sudden brightness of university life. At age twenty, for the first time ever, I was untethered; even my parents were not near enough to track my moves.

I met Dizzy in the fall of my senior year. Most evenings I found him at the pinball machine in the deli across from my apartment. If I dallied beside him, looking on, every so often he would reward me with a turn at the flippers.

One night, at around eleven, he asked if I wanted to join him and his roommates for their nightly card game. After several days he stopped asking; he assumed I would follow him to his apartment for the game, which included getting high and gorging on the standard fare: potato chips, Oreos, subs dripping with mayo, and pints of Haagen-Dazs out of the carton. Most of the boys had nicknames that were shortened versions of their last names, like Bo, Rose and Stone. Me they called Fish.

Whenever Diz saw me, he greeted me with an amiable jab to the triceps and a “Hey, Fish.” On a bench outside the library, I confessed to Rose my acute attraction to Dizzy, his slender body and smooth, long arms with not too many muscles and his reddish-brown hair, unruly like him, that matched his eyes. Even his thick Brooklyn accent had me swooning. Rose and I hatched a scheme that entailed my “coincidentally” being in New York on a weekend when Diz was going home.

“I’m going to the city on Saturday,” I said nonchalantly the following Tuesday.

For the remainder of the week I could focus only on our date: what I would wear, what I would talk about, and how it would feel to kiss Dizzy’s impish, freckled face. If my sister had dropped dead that Friday, I cannot say for certain whether or not it would have tempered my delirium.

On Saturday, at my girlfriend’s mother’s Upper East Side apartment, I applied perfumes, powders, and sprays and then slipped into a skimpy burgundy velour shift with cap sleeves that I had sewn from a Simplicity pattern and brand new matching Pappagallo one-inch heels with grosgrain bows at the toe. 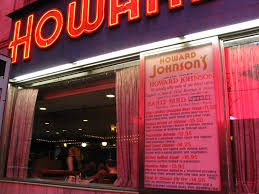 Beside the door of the Howard Johnson’s at Times Square, I waited for Dizzy, alternately gasping nervously and yanking up my garter belt. He arrived fifteen minutes late. “Hey, Fish. You look nice,” he said, sounding surprised. “Let’s grab a burger here before the movie.” He did not deliver the usual blow to my upper arm, which suggested the evening had promise.

Three hours later, parked opposite a warehouse near Tenth Avenue, we were panting heavily in the back seat of his father’s Cadillac. On the ride back to my friend’s, it was awkward to straddle the cusp between buddy and girlfriend; how was I to act, having gone from one role to the other during a single evening? “Hey Fish, how come you’re so quiet?” Dizzy asked. How I detested that question when I was struggling to come up with conversation.

“I don’t know,” I answered with an uncharacteristic shyness.

With Dizzy’s arm slung over my shoulder, I felt a similar unease at the card game the following Monday, self-conscious, as if I had paraded in with my eyebrows shaved off. The previous week I had been like a fraternity brother; now suddenly, I was a girl. By the following day, though, everyone was used to my being Dizzy’s sidekick. What I could not get used to was being called Fish in bed.

We were in bed a lot. Some nights Dizzy would leap off the mattress we shared in his laundry-strewn room, furious with me for not going all the way. Being abandoned like that, my naked body twisted in those stinking, crumpled sheets, filled me with self-pity. A good time abruptly gone sour that gave the worst kind of letdown.

Having experienced only marital sex, I considered myself a virgin. I remained unyielding in Dizzy’s bed for weeks. One night, for no particular reason, I did not resist. For the next twenty-four hours, wherever he went, I clung to him as if he were still inside me.

Shortly thereafter, Diz admitted I was the first girl he had ever slept with. He also started teasing me about being “used goods,” which was his way of covering up how much it bothered him that I been laid more times than he had. It didn’t bother me. I liked having a category in which I ranked above him; he scored higher at pinball and I had gotten laid more often.

I didn’t know any other couples who were living together in 1967. Cohabiting was not something I had decided to do; rather, it just happened. I never wanted to go back to my place, so I didn’t. This caused one enormous problem for me. Fear of my father’s rage. A few years later living with a boy wasn’t a big deal; but in 1967, for the daughter of Matt Fishman, it was a crime of scary proportion.

There was no such thing as an answering machine, so I would guess when my parents might call, and I’d sit all evening in my room to keep up the charade that I lived there. Most of the time I felt like puking up the guilt and the lies.

Whenever I was about to visit my parents, I had to get a Valium from my girlfriend to calm the tremor in my hands. Sometimes I wished my mother and father would die. I envisioned an instantaneous, painless death. A car crash. That way they would never get wind of my wayward behavior, and I would be spared their wrath and their disappointment in me. 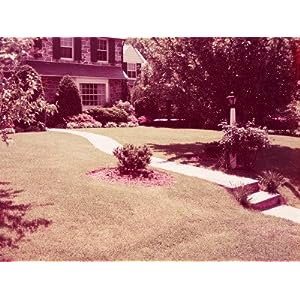 Finally, I could no longer bear the dread that they might find out about us. One Sunday afternoon Diz and I traveled to the suburbs to confess.

Mom, Dad, Dizzy, and I each sat with our hands in our laps on the nubby violet sectional couches in the den. “What part of Brooklyn are you from?” my mother asked Dizzy, interrupting the silence.

“Do you know Brooklyn?” he asked.

With an insulting chuckle, he started naming the streets that intersected Flatbush Avenue in the neighborhood where he grew up.

That’s when I spit out, “We’re living together.”

My father remained mute; for the first time in my life, I wished he would fly into a tirade, one with enough power to shatter the brick I felt in my chest. My mother recited an uncharacteristically emotional speech, saying she would give her life for me to be happy. Why couldn’t she be the silent one? I sat stiffly, digging the raw stumps that had once been my fingernails into my thighs. I prayed no one would cry.

There was nothing else to say. My parents had always told me, “No matter what, you’ll always be our daughter.” They made good on that. No threats or severances. Maybe, in a way, they were relieved. For months they had known from my skittishness that something was up; God knows what they had imagined. At least Dizzy was Jewish. Their sadness was my punishment.

After graduation, Dizzy and I set up housekeeping in a garden apartment in Northern Virginia, not unlike the one I had lived in with my ex-husband, and a ten minute commute to George Washington University where Dizzy attended law school. I took a job as a math instructor at the local community college. Some evenings Diz and I invited Stone, who lived downstairs, for my specialty, Aztec meat pie: a pungent mixture of ground chuck, onion flakes, ketchup, and cheddar cheese baked in a round cake tin. The 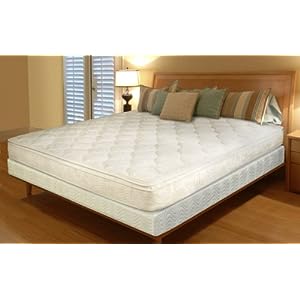 highlight of each day was watching Perry Mason reruns before bed.

One Sunday in October my parents visited. Although they arrived in time for lunch and stayed until dark, the only thing I remember about that day is the way they padded past our bedroom in tandem, peeking in as though it were roped off like a museum display. From behind them, I watched in horror as the double bed seemed to inflate, practically oozing into the hallway.

The whole thing felt sickeningly reminiscent of my marriage–the apartment, the cooking, and the monotonous sex. Living at college with Dizzy and his roommates had been so much more fun. Had there been an exact moment that the Q-tips Dizzy left on the bathroom sink, yellow with earwax, began to make me cringe? Why had I been able to ignore them before?

There was also the Robert Zweben problem. Had it been after the luster with Dizzy started to fade that I first spotted Robert in the law library? Or had I already become disenchanted with Dizzy–his pinballs and legal briefs–and, thus, vulnerable to the swagger of someone else’s narrow hips.

It did not help that Dizzy had a practice of squeezing the inside of my thigh, which I hated so much that I would jump if he just touched my leg. When I begged him to abandon the pinching, he ignored me. It reminded me of Mr. Mazza, my piano teacher who used to stroke that same patch of skin to the boogie-woogie beat of the music I played.

After a while, I did not want Dizzy to touch me at all. When I told him I wanted out from the relationship, he promised to discontinue the thigh squeezing if I would stay. But it was too late.

Shortly after I moved into a Georgetown townhouse with three other girls, Dizzy joined a commune where he smoked dope and ate macrobiotic foods. His new girlfriend, a dark Greek beauty named Fern, walked barefoot and wore thin, flowing, white toga-like garments. Later, I heard Diz was living on a mountaintop in California and worked as a financial advisor to the Maharaj Ji.

I’ve always been grateful for my starter marriage; otherwise, Diz might have become my starter husband.

Speaking of living together, see my article, Living Together: Relationship Tips.

5 Responses to "DIZZY: LIVING WITH MY BOYFRIEND, CIRCA 1967"