I’m on a train where I just walked past a mom and, standing next to her, her little boy who has dumped on his seat an entire parking lot’s worth of toy cars.  He is deep into a brrm brrm brrrm fantasy, which reminds me of traveling with my daughters when they were barely taller than beagles.  Except my girls’ bags contained stuffed animals, Barbie dolls and nail polishes.  Even when I was only watching, I felt part of the escape.  At home, my bed became pillow village and rather than just preparing dinner, I became Mrs. Grinn of Mrs. Grinn’s cooking class. 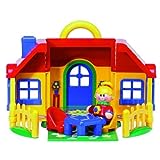 The little boy and his cars got me thinking how it would give us a break from our woes if, as grownups, we continued to play pretend games (um, not the kind some adults play in their relationships).  I began wondering why it generally requires a child as accessory for an adult to play house, school, cars or my middle daughter’s old favorite, Carol Friedman’s Employment Agency.

If I were playing pretend, I would line up wee painted houses and make believe that all the families who lived within found fulfillment at work or school and had plenty of time to get together and barbecue on a new kind of grill that didn’t give you cancer.  They’d resolve conflicts by talking in voices no louder than those of the birds tweeting in their backyards.  They’d never 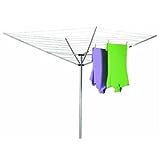 worry and would feel free as the laundry flapping on the pretend clotheslines in the pretend sunshine with it’s pretend ozone layer.

Adult children and their children would live close enough to the grandparents to bike there for weekly family dinners.  April showers would bring May flowers and there would be no superweeds like the ones I read about in the newspaper that resist Roundup and other overused harsh weedkillers.  Everyone would be confident that newspapers would be around forever, but with only cheery content, the Food Network of journalism.

For people who wanted to scare themselves to death with all the dark and gloom the world has to offer, there would be a plethora of libraries and independent book stores.

One Response to "MAKING PRETEND"