You are here: Home › BLOGGING › One Space Or Two?

When, in the middle of my growing up years, I went to typing school, they taught me to type two spaces after periods, colons and semi-colons. So that’s what I always did, until very recently, when I began writing 2 articles a week for Home Goes Strong, where my editor asked me to use only one space after a period, etc. I followed his instructions for those posts and the rest of the time I got mixed up, sometimes randomly typing one space and sometimes typing two. (If you really want to waste time and look at some of my posts of the past few weeks, you will see what I mean.) 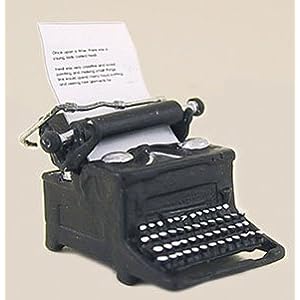 Now I am trying to always do one space, because having choices is enervating. Honestly, before I arrived at this one space decision, I believe somewhere in my brain a discussion was going on each time I came to the end of a written sentence.

It went something like, Brain Half #1 saying, “Hm, what should we do this time, one space or two?”

And Brain Half #2 responding, “Geez, it would be nice to be consistent and do one all the time, but we’re so used to doing two.”

Brain Half #1 retorts, “Consider this: it takes twice as long to double space.”

Brain Half #2, being the more thoughtful of the pair, explains, “Not necessarily. There could be economy of scale. Also, the effort to remember to hit the space bar only once, could actually slow our person down.”

These two are as confused as I am. And now they are wondering how much time I would have saved throughout my life if I had only ever typed a single, rather than a double, space. Now they have me wondering.

I would be most pleased if you would chime in with a vote: One Space or Two?