You are here: Home › FAMILY › CHILLAXING 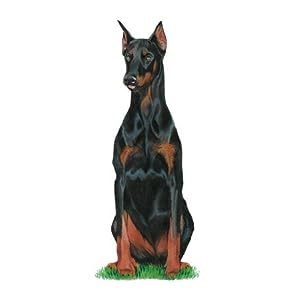 I don’t claim to be chill, but I become even less chill when someone tells me to chillax.

When I’m really excited about something and someone says, “Chillax,” it’s even worse; it’s what my friend calls “squishing the little bird inside of you.”

Take, for example, the time I was telling an ex-Mr. Wrong about something or other, chattering fast and with passion.

Ex-Mr. W interrupted me with up and down hand motions, as though he were patting the heads of a pair of dobermans simultaneously, and said, “Calm down. Speak slowly. I can’t follow you when you talk that fast.”

Yeah, right, Mr. Law Professor who can’t follow a really easy story about biking or an encounter with an old friend or that kind of thing.

I bring up all this because the other day I experienced total chill when I should have been tense.

I was helping my daughter the whole day (which admittedly included trips to buy Pinkberry yogurt with fruit) as she packed up her dorm room and sent home 6 boxes, each the weight of a wrestler, for the amount it cost for my first car.

We needed to make a 7 pm flight and planned to leave at 5 to get to the airport.

Time was running out with no help to get the huge awkward boxes to the sketchy van that had a handwritten “UPS” sign taped to its side on a nearby street.

I could hardly watch her small-boned frame hunched over as she lifted each carton with her arms barely able to hug the boxes enough to haul them down two flights of stairs. TRAVEL TIP: Tie everything you own to your wheelie bag so you don't have to check luggage.

To distract myself I checked our flight status: a half hour late. Yay, except the one time I relied on the computer about a late flight, it turned out not to be late and I missed the plane.

Nonetheless, even though I’m unable to chill when running on time, we were running 45 minutes behind and I was chill!

This may not seem like a big deal to you, but I become anxious about getting somewhere, even when it doesn’t matter what time I arrive, which is not to say I’m punctual–I’m not–I’m simply anxious. Anxious and always running behind.

In this case, as always, I had been careful not to reserve the last flight of the evening, in the event the flight was cancelled for weather or whatever. A worrywart performs advance damage control.

Unless you have ever been that chill yourself about something like making a plane, you can’t imagine what a

thrill it is to take a chill pill. Or, maybe you are always chill, in which case you also could never know how, well, chill it feels to go from being a heart-pounding worrier to a chillaxer.

How do you get yourself to chillax when you are late for a flight?