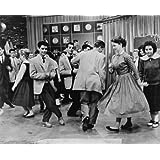 Dick Clark and “American Bandstand” played a big role in my early years. After the Ricky Nelson crush, I lost my heart to another teen idol.  Living in Philadelphia had the advantage that it was the home of “American Bandstand,” the first reality TV show;   adolescents who jitterbugged after school on Bandstand became as famous as movie stars.

My girlfriend Bev and I formed our own two-member fan club for James Vincent Peatross, a Bandstand regular and frequent dance contest winner. On the backs of two index cards, intended to spend eternity in hidden compartments of our wallets, I typed the club motto:

We love you Jimmers Vincers and always will until you hear otherwise from a reliable source.

Bev, whose code name was Vincers, was vice president and I, Jimmers, was president;  the two of us were the world’s only reliable sources.

Sometimes after school Bev and I took the elevated train to West Philly, where Bandstand was broadcast.  On the way we played a game of fake coughing so the other riders would think we had TB. But the second we stepped out of the railcar onto platform and the lineup of dancers across the street came into view, we transformed from giggling little girls into lovesick teenagers.

One afternoon we mustered up enough courage to ask Jimmy for his autograph before he entered the studio.  He withdrew a toothmarked yellow pencil from his jacket pocket.  Mesmerized, I studied his long, slender fingers, nails chewed down to the moons, as he wrote in my composition book, “Dear Susan, May I have the next dance?  Yours always, Jimmy Peatross.”
That’s when I realized how much power I had to make things happen in my life.
P.S. Jimmy too has died, January 31, 2011.

What are your Bandstand memories?

If you don’t have memories, what impressions do you have from what you have heard?

Check out some of my relationship articles on Life Goes Strong: 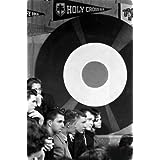