You are here: Home › CASEY › Internet Dating And Devoted Dad 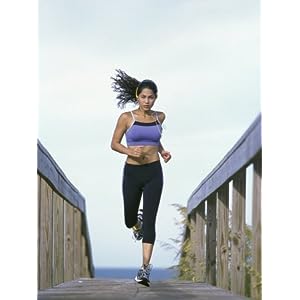 Shortly after my divorce I signed up for the Marine Corps Marathon and at first paired off to train with a divorced and widowed
man named Charlie, who told me he found divorcing his wife harder than losing his other wife to death, because he had to continue dealing with the one he’d divorced.

Charlie also told me about a woman that a friend had fixed him up with.  He was 56 and she was 48.  Afterwards, he told his friend the woman seemed really nice, but 48 was too young.  He wanted to be with someone closer to his own age and grow older at the same pace.  His friend said, “She’s not 48, she lied, she’s 54.”  Due to the lie, Charlie never called her back. A more astute Newly Divorced than I would have learned her lesson from Charlie.

A few years later, a friend convinced me to sign up for Jdate. “Devoted Dad” read the following in the Ideal Match box on my profile:

Someone who is intelligent, honest, optimistic, reads The New Yorker. His dog gets along with my dog.

Before having hit the submit button, I’d shaved a few years off my age and gulped. As a compulsive truthteller–the type who leaves a note on a parked car after taking out someone’s mirror–lying made my stomach grumble.

I’ve never otherwise lied about my age, but my friend insisted, “Everyone lies about their age on these profiles. Men just assume you’re older than you say.”

My best Jdate was with a guy I met for a walk. We walked around the block, after which he gave me a Hershey’s chocolate kiss and said, “This is our first kiss.” What made it the best was that lasted the least amount of time.

Late one afternoon in February, 2005 the streak of unpleasant Jdates showed promise of reversing. It was a week after I’d broken up with my so-called boyfriend, and it occurred to me to check my Jdate inbox, realizing I’d neglected to cancel my membership while I was dating the So-Called.

That’s when I saw the below email from Devoted Dad whose photo reminded me of a former beau. (Wow, I just noticed he’d sent this December 25! Even if someone is Jewish, which not everyone on Jdate is, Christmas day can be lonely.):

Still in a daze from missing my ex-so-called boyfriend, I slouched on the couch, laptop on lap, and tapped out my standard aloof message. I wanted to show my honesty by immediately fessing up about my age:

Full disclosure: I lied about my age. I’m 59. Wanna meet for coffe or a walk? Do you ever get to DC?

He didn’t write back, so I wrote again. 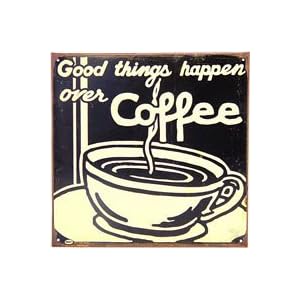 Hi Brian.  Thinking about why you didn’t respond to my e-mail, I’ve come up with the following:  1) You were put off that I reduced my age.  2) You were put off that I’m  older than you. 3) My e-mail was curt and unfriendly.  4) You found someone else who was optimistic, intelligent, and honest (and younger).  5) All the above.

Maybe we can have coffee and try to get to the bottom of this.  What do you think?

Then I received this:

Susan,
To be real honest, the reasons I did not respond were twofold:
(A) I don’t know if I would be able to forge a relationship with a woman who was a bit disingenuous. I can surmise why you exaggerated a tad, but I do not understand what you hoped to gain by it.

(B) My initial cyberspatial overture to you preceded by many weeks your response. If a woman is inclined or not inclined to meet me, I would hope that her inclination would be made known to me in a somewhat timely manner.

I wish you the very best of luck.
Brian

Although I wasn’t recovering from, say, hip surgery, I could have been away from my email for a reason like that. I hadn’t responded sooner because, I’d had a boyfriend and had neglected to check my inbox, not that this excuses me. On the other hand, I can attest that unanswered emails are part of the online dating landscape.

Every now and then I think about Devoted Dad. He and his wife had been Foreign Service officers and his wife had been killed in a terrorist attack on a U.S. embassy, which I know because he’d written it in his Jdate profile. I’d pictured myself nurturing his three daughters, who his profile said were only a bit younger than my three girls. I’d imagined Sunday chocolate chip pancakes with all 6 girls.

Though my Jdate membership lapsed long ago, and I’m settled enough in my singleness that I’m not pining for a mate (indeed, I sometimes worry about the “space” an imagined mate would take up), a thought of Devoted Dad every so often pops into my head and I wonder how things are going for him.

It was after one such pop into my head that I started to write this. During all these years I’ve remained curious to meet Devoted Dad, yet resigned that my chances of a face-to-face encounter with him were equivalent to the likelihood I’d have an encounter with Charles Manson (though don’t think that hasn’t popped into my head).

This morning I gave Google one more go.  It occurred to me to search for Devoted Dad’s daughters’ names, and lo! there it was, a tribute to his late wife that mentioned the girls. Another link led me to Facebook, which indicated one of his girls may have gone to the same middle and high school as one of my girls.

Sure enough, there they were in the student directory.  His daughter was only one year behind mine.  I’d probably sat within feet of him at a school play. 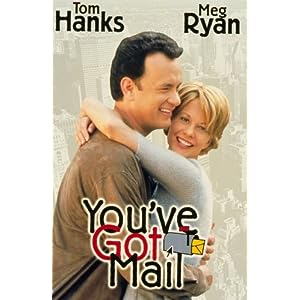 If I hadn’t lied about how old I was, he might never have written.  Nonetheless, I promptly changed my profile to reflect my true age. Sorry I can’t offer a Meg Ryan/Tom Hanks ending.  I just thought I’d share a peek into the world of Internet non-dating so those of you who haven’t tried it can see just how much fun you are not missing.

All comments welcome, and I would love to hear other Internet dating stories!