You are here: Home › HEALTH/SAFETY › THINGS I OVERLOOK IN ORDER TO FLY FOR INSTANCE WHERE TO SIT ON A PLANE 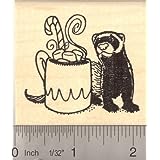 Unrelated announcement: Zhuzh up hot chocolate with a candy cane stirrer and other Breakfast Ideas to Wow a Couple or a Crowd. See my article on Home Goes Strong.

I’ll be flying on the day after Thanksgiving and I’m dying to try a pat down. But I’ll not do it if the lines are long. I’d be annoyed if someone else held up the line  just for a cheap thrill.

Natch I worry about security, but what takes up more space in my head, maybe because I have a bit of control over it, is where to sit. There are so many things to bear in mind when selecting an airplane seat.

It’s a discredit to my worrywart bona fides that hedonism gets in the way and the first thing I go for is comfort. (Is it an oxymoron to be a hedonistic worrywart?) I’ll even book aisle seat 1C (assuming it isn’t first class), despite it being the known worst place to sit if a terrorist is on board. I offset that troubling thought with the risk a window seat passenger incurs of being sucked out into the atmosphere, which I’ve read can happen. 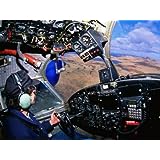 But ever since chatting with a physical therapist, who told me to keep the shade at least half-closed when flying in order to reduce radiation exposure, I worry that from the aisle I won’t stand half a chance of controlling the shade. I’m comforted, though, that some pilots, who have clocked tens of thousands of hours with their noses pressed against those huge jet windshields, live long enough to retire to Arizona.

My ideal seat is an aisle with an empty spot next to me on which to spread out my newspapers, writing files and food bag. Being only 5’4” (formerly 5”5”), lateral space means more to me than leg room. I’m okay with the tray table extending to my appendectomy scar, if I had an appendectomy scar.

The securing of a seat next to no one involves a strategy I am afraid to divulge because, even though the whole world does not read my blog, word could get out. Well, I’ll tell you anyway, especially since my plan hasn’t worked lately. 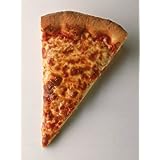 I pay up for an aisle seat near the front, figuring most people won’t pay extra for the middle, which ought to improve the percentages of my getting lateral space. As I said, lately it hasn’t worked at all; instead, I suggest you use that $10 to buy a slice of pizza in the airport Zaro’s.

Speaking of seats, we all know by now that bedbugs are waiting for you to sit down on that nubby blue upholstery so they can hitch a ride in your pocket to your boudoir. I recently learned that lavender is a natural bedbug repellant, so now when I travel I smell like a blue-haired lady. Fingers crossed that it works.

Let me know how you deal with all the stress of flying.

*Awesome Free Things To Do in NYC