You are here: Home › BLOGGING › MY NEXT DOG 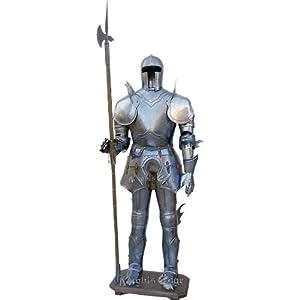 When I was a kid, I thought if only I could wear a suit of armour, I’d be safe from predators. Then, when I learned about conductivity, I gave up the idea, realizing I’d have a disaster on my hands in the event of fire.

At night, I would fall asleep clinging to my mattress, so that a kidnapper would have to drag both me and my bed out of the house.

These days I’m looking for a metaphorical suit of armour. Maybe the right kind of canine. Research shows dogs can detect various stages of cancer on a person’s breath. And beagles can be trained to sniff out bedbugs.

I’ve heard that cows sit down when it’s about to rain. I bet dogs could be trained to forecast earthquakes and tsunamis.

I love Casey, my hound dog, dearly but I’m amazed how a beagle-y guy like him can have no sense of smell. After I began worrying about him being bored, we started playing this game in which I show him a kibble as though I’m putting it under one pillow and then I sneak it under a nearby pillow, and he never finds it without a hint, but he wags his tail and I tell him he won the game anyhow. The same thing happens when I drop a kibble on the wooden floor, whose color blends in with the treat. Casey will sniff an eighth of an inch away from his prize and then veer off toward California.

In his defense, he roars a terrible roar when anyone comes near the house. So, this, along with a good burglar alarm, makes me feel secure vis a vis burglars, which is not how I felt at age ten walked I walked into the front office of my father’s textile factory during an armed robbery.

For years I have been worrying about what it will be like when Casey dies. (I’m always thinking ahead; for a worrywart, the here and now is overrated.) And even before then, how will I manage when he’s no longer able to mount the stairs to the bedroom at the exact moment that my back is no longer strong enough to carry him? My plan is to put a bed for us in the family room the way I did when I had hip surgery.

I adore Casey with every vessel of my heart and cherish every second with him, but a subset of the wondering has to do with what kind of dog I’ll get next. 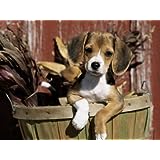 What if the next hound doesn’t want to go to sleep at 2:00 a.m. and awaken at 10? Or if he doesn’t smell delicious to me, just like Casey and my high school boyfriend, whose neck smelled like a freshly starched shirt, even when he was wearing, say, only a t-shirt? What if my pup nags to play fetch all day long? Casey thinks fetch means watch Mommy throw the ball and yell “Fetch!”

If my next dog can smell cancer in the early stages and detect bedbugs, I’ll overlook predicting the weather. And if he’s light enough for me to pick him up as we grow old together, that alone will be just fine.

I worry that writing about this will jinx Casey. I just heard about dogs living till they’re 20 and he’s only 12. But if I pursue this line of jinxing thinking, I’ll be left with nothing to write about on my blog.

What kind of dog would you suggest for a worrywart like me?

2 Responses to "MY NEXT DOG"