You are here: Home › FAMILY › A Mother’s Tweetmares

Following one’s daughter on Twitter carries risks for a worrywart. Especially when that daughter tweets all day long. 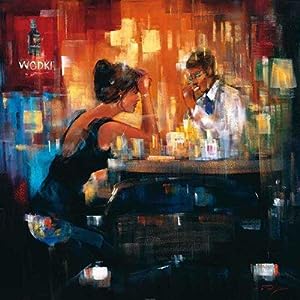 Last weekend my daughter (the tweeter) threw a birthday party for herself at a bar where I knew she would be surrounded by loads of friends. It never occurred to me anything would go wrong.

But right before going to sleep, when I checked Twitter to read all the tweets about the fun she was having, there was instead this singular tweetmare:

Let’s have. A toast for the a$$holessssss.

Oh no, I thought, there were a$$holessssss who spoiled her party! On a more minor note, I figured she must have had an uncharacteristic amount to drink, as she is very precise and this should have been one sentence, not two.

The following day I emailed:

How are you? How was last night? Who were the a$$holesss?

At least I had gone to sleep knowing she was on her home turf and likely to be alive.

This contrasted with a few weeks earlier when she was on vacation in Bogata, Colombia, alone. In the first place, how is a prophet-of-doom mom to deal with her offspring going by herself to the drug/crime capital of the world?

It helped that rarely did an hour go by without my being able to read her tweets about eating fritatas, having a mud bath, salsa dancing.

Late one night, however, I returned home from dinner and noticed she had not tweeted for hours. If she were alive and not kidnapped
she would have been tweeting about the food, fun and new friends she’d found.

I turned off my bedside lamp and squeezed my eyes shut, trying erase the picture her in the trunk of a sedan.

This led me to reflect on the benefit I reap when my daughters have boyfriends, and there is someone they at least check in with at the end of each day. This in turn led to thoughts of the heartache I must have caused my parents back in the pre-Twitter age.

In fact it was the pre-voicemail days when I moved in with my boyfriend, Dizzy. Some nights I sat in the apartment where my parents thought I lived, hoping they would call and “catch me home.”

I worried incessantly about them finding out I was living with a guy and was so fearful of getting caught that the only clear solution was to wish them dead. When I went home to visit, a friend gave me Valium to help me relax.

This was the continuation of a pattern where I indulged in behaviors I knew would infuriate my parents, then lived in mortal fear of their finding out.  In the final stage, I would disclose my sins to them to ameliorate my anxiety about getting caught.

My dad had a solution for avoiding phonemares. For years, he had phoned his mother at the same time every day, and in the rare instances he missed phoning, she became ill with dread. So he asked me to avoid predictable calling times.

With Twitter it’s different, the burden is on me to resist scrolling through my daughter’s tweets before I go to sleep. 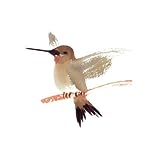 These days there seems to be so much more danger lurking about than in my youth, though I’m thankful we live in more tolerant times that don’t require secrecy about boyfriends. And I am thankful for Twitter, so that most of the time I know what my Tweeter is up to.

Please offer suggestions for how to cope in the Twitter Age!

3 Responses to "A Mother’s Tweetmares"