You are here: Home › FAMILY › HOW DOES AN ATHEIST PRAY AND SHOULD AN AGNOSTIC CONSIDER HER OPTIONS?

Valentine’s Day, 1991, New York City. My then-(China hand)-husband and I knew a young Chinese couple. The sweet wife Mei Ling, who was exquisite to look at with her porcelain complexion and appleseed eyes, sometimes babysat for our daughters.

On this particular February 14th, she had plans to go out with her (cranky) husband, but with my gentle coaxing, she agreed to help out and accompany one of my girls to a late afternoon dentist appointment.

At around 5:15 the phone rang. “Mrs. Orlins, I have your daughter and she is fine, but her babysitter was hit by a car. The ambulance is on the way. She’s bleeding quite a bit.”

A flurry of my questions garnered no more information, except that Mei Ling was babbling in Chinese. After calling my husband to let him know what happened and that they needed him to translate, I paced the dark rooms of my happy, homey apartment, which now seemed empty and hollow. 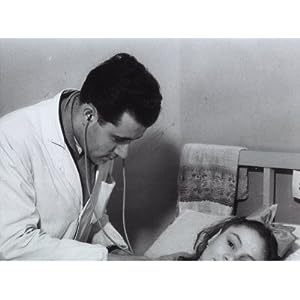 Mei Ling remained in the hospital for a week or more and emerged with a vertical scar from her cheekbone to her jaw.

Her husband was looking forward to collecting a bundle from the insurance company for the injuries he claimed where incapacitating, though his windfall was diminished by the fact that Mei Ling became pregnant with a baby conceived shortly after the accident.

I thought about this incident recently after having dinner with a couple of atheist friends. I wished I had asked them what they would do in a situation where you are helpless to do anything except pray.

Would they root for a speedy recovery, the way as a kid I rooted for the Philadelphia Phillies to win the penant? Or, would they pray, just to cover their bases in case there really is a God?

Then it occurred to me that next time I’m desperately in need of answered prayers, maybe I need to cover my own bases.

Even though I’m a Jewish person who is between agnostic and atheist leaning a bit more toward the latter, the same way I like my steak cooked between rare and medium rare but more toward the rare side, respectfully I could try other Lords.

Hi Jesus. Susan here. I bet You’ll understand that it only just occurred to me to check in with You and I’m really worried. If You’re The One, it would be so great if You would help.

Maybe You can give me a sign that we connected—like reviving the plants in my window box or even creating a minor hardship, like making my porch umbrella blow over on a non-windy day–and I’ll give every consideration to continuing our relationship.

And then I could try the same with Mohammed, Buddah and Krishna, first apologizing for making them third, fourth and fifth.

All this makes me think about what a college student in China said to me after I sat in on her Jewish Studies class at Nanjing University for an article I was writing. She pointed out that most Chinese people have an absence of spirituality, which I knew, but after that I’ve always tried to get my mind around what they do in a pinch; I’m not sure Confucius accepts prayers.

Imagining a lack of spirituality is like trying to imagine how it would be not to have eyes. It wouldn’t be darkness, just an absence of sight. I can’t picture that (so to speak).

I’d love to hear from any atheists out there about what you do in situations that would have others praying.

READ ABOUT MARRIAGE, RELATIONSHIPS AND MORE IN MY NEW MEMOIR . . .

24 Responses to "HOW DOES AN ATHEIST PRAY AND SHOULD AN AGNOSTIC CONSIDER HER OPTIONS?"