The quest for happiness is popping up everywhere these days: in books, college courses, blogs and on Oprah. In the same way my oldest daughter, when she was little, shared her life with invisible companions Sibby and Babby, Worry and Quest for Happiness accompany me wherever I go.

Like sibling rivals, they argue constantly, vying for my attention. Happiness tells Worry, “If you’d vamoose, I could have her all to myself.”

“With all the bad things she thinks up, she needs me,” retorts Worry. “So I’m not about to skedaddle anytime soon.”

Okay guys, quit quarreling, you’re both right. Worry, it’s true you get in Happy’s way, yet I do feel safer knowing you’re there to dwell with me when scary thoughts sprout.

Even though Worry follows me wherever I go, I have experienced happiness peaks: being a stockbroker in the

Seventies alongside guys who made every day feel like a party, living in China back when the whole place looked like a black and white movie, raising kids, campaigning for my ex’s Congressional race, for instance.

Then along came my divorce to prove I was not immune to big setbacks. I spent a year writing nothing except lengthy faxes to my lawyer. Yet I continued to enjoy happiness pockets (funny how “pockets” showed up here compared to “peaks” above), like snuggling on the couch watching “Gilmore Girls” with my girls. And having romances with a smattering of Mr. Wrongs.

Among other joys reaped after my marriage ended, I count friendships I never would have had time to cultivate had I remained married. And having time to write, despite it’s solitary nature, gives me the pleasure of engaging with strangers.

But am I happy enough? Dan Buettner, author of Thrive: Finding Happiness the Blue Zones Way, told Oprah that the happiest people get 8 hours of social interaction a day. Can I amortize all the social interaction from the first half of my life? Does watching Oprah count? 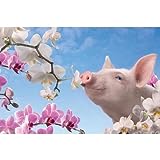 Last week someone said to me, “If you say you’re happy people just get jealous.”

It’s true. Recently I had to stop following a well-known author on Twitter, because she was always off to do this reading or that book talk and constantly tweeting about the hilarious fun she was having with her micro pigs.

Not that I begrudge anyone else their successes or their pets, nor would I want to stand in anyone’s knock-off Uggs except my own, but still it’s more comforting to pretend nobody’s having a better time than I am.

After finding myself single again, I began searching for Susan Fishman, my free spirited twenty-something

self, who did things like crash the star-studded opening of  the Barbra Streisand film “Funny Lady” at the Kennedy Center. How different we are/were. She played Scrabble for fun;  I make a recording of all ninety-six two-letter words as well as u-less q words and vowel dumps, like qwerty and looie, to memorize during long walks.

I’m a smidge embarrassed to admit it wasn’t until recently that I accepted the idea of what made me happy in the 60’s and 70’s is not what makes me happy now. The last thing I want to do is don a long skirt, and sneak in somewhere (or even pay) to gawk at and be ignored by glitterati. 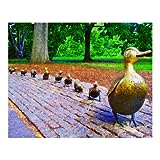 My ideal day now consists of putting on elastic waist pants and writing, biking, watching Oprah on Tivo while I broil a pork chop. And watching a Larry David rerun while I take a hot bath. All with Casey by my side.

In 1989, “Don’t Worry, Be Happy” won a Grammy for Song of the Year. For me, it’s not one or the other; both Worry and Happy follow me like ducklings imprinting on their Mama Duck.

But is it a sign of age when Content in Mom Jeans has become the new Happy in a Long Skirt?

How do you measure your happiness?

Living Together: Men Speak Out With Advice About Sex and More

Should Couples Have Separate Bedrooms? Readers Responses May Surprise You

Dating After My Husband Died: Widow With Cancer Moves On

Family Vacation With My Ex & Daughters

6 Responses to "AM I HAPPY ENOUGH? HOW DO I KNOW?"