You are here: Home › travel › LOSING MY KINDLE

Losing a Kindle or an iPad, it could happen to you (White Girl Worry alert) . . . 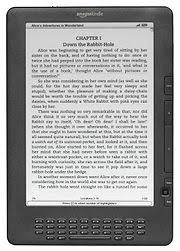 I flew home from Boston on Friday night of Memorial weekend. At 2 a.m. before getting into bed to read, I emptied all my bags and clearly I’d left my Kindle on the plane.

I figured finding it was hopeless, but I phoned the airline, who told me I had to contact National Airport’s lost and found.

I called National Airport’s lost and found and a voice message told me I had to contact the airline. To make matters worse, the airport office would be closed for the three-day holiday.

I also called American Express, who told me I had passed the 3-month limit on their insurance protection but encouraged me to submit a claim anyway, which required documentation of the loss report, receipt, etc.

I notified Amazon and they “blacklisted” my Kindle so no one else could use it.

Luckily I could read myself to sleep (now 3 a.m.) using the Kindle app on my iPhone. For a reader as slow as I am, less on a page is more, so much so that I questioned whether the iPhone was actually an improvement over the Kindle.

Nonetheless, I ordered a new Kindle with money I would have used to replace my aging camera.

Mostly I was sad about losing the pleather cover I had bought in China for $4. It was slim and lightweight and even at a big price there was nothing like it here.

Then on Tuesday I received a call from Christianne at the airport, who said, “We have dozens of Kindles and iPads in the safe. What flight were you on?”

I gave her the information and she checked the safe. “We found two Kindles on that flight and yes, we have yours. When would you like to pick it up?”

I was so delighted and amazed that I wanted you to know not to give up hope if you leave your Kindle or iPad on a plane.

The worst part of the whole experience was at the customer service desk. The USAir employees were pleasant, but each person in the line had a heartbreaking story of travel gone wrong.

Take, for example, the man who flew here solely for his son’s birthday party. His flight was due in at 6 pm but had been delayed, and it was now 8 pm. His ride had left and the party was underway, close to an hour away and prohibitively expensive by taxi.

I can’t imagine how someone could work there 40 hours a week and on top of that remain smiley and not need to take Zoloft.

And why does the birthday dad’s story linger and make me feel so sad?

What lost and/or found stories do you have, airplane or otherwise?

UNRELATED ANNOUNCEMENT: Check out my article CARING FOR HER DYING HUSBAND AT HOME AND THEN PLANNING HER OWN DEATH: ONE WOMAN’S STORY.

* Do Separate Bedrooms Save Or Destroy A Marriage?

2 Responses to "LOSING MY KINDLE"