You are here: Home › BLOGGING › HOW ANNOYING AM I? PART I

PART I: HOW ANNOYING AM I TO MY DAUGHTERS?

Asking too many questions 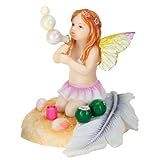 Just after exchanging I love you’s and mwah’s at the end of a phone convo, suddenly a string of questions spills out of my mouth like bubbles from a wand.

“What are you up to later?”

“Did you get your exam back yet?”

“By the way, is so-and-so doing better?”

You get the idea.

Even though I’m a writer, my daughters often forsake my advice on something they are writing, rather than having to put up with my nit-picks.

Going off on tangents rather than adhering to linear discourse

My friend Evelyn exhibits the best example of annoyance with my tangents, “So what happened?” she’ll say. Then I’ll say, “blahblahtangentblahblah” and she’ll say, “But what happened?” This goes on for a while until finally she begs, “Can you get to the point?”

Being too much of a problem solver

The time I bought phyllo dough (wrong in the first place, hadn’t known it was different from puff pastry), I hadn’t thought to defrost it, and now my daughter needed it to make onion tarts and it would take hours to defrost. So I jumped on the internet and began trying solutions like hot water and the microwave and my own idea of wrapping it up and placing it underneath our sleeping beagle.

Posing too many options 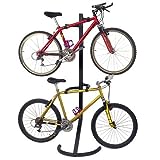 “What should we do now? We can bike or play Boggle. Or play Boggle then bike or bike then play Boggle.” Now, mix bike and Boggle with all the permutations of the other options, like watch a movie, do a jigsaw puzzle, walk the dog in the woods, have quiet time reading by the fire, paint by number, cook, bake, mani pedi, go to the Shanghainese café . . .

Since I write around 4 articles a week, some that offer advice, nearly everything relates to something I’ve written. I try to hold back on my Know-It-All, but still I’m annoying.

Say my daughter is coming home to DC because an old friend will be also coming to town. She plans to stay overnight. I point out that it’s a weekend, never intending to pressure her, but just in case she hadn’t noticed and might want to stay longer. Exhibiting neediness and annoying.

Asking, “Am I being too annoying?” 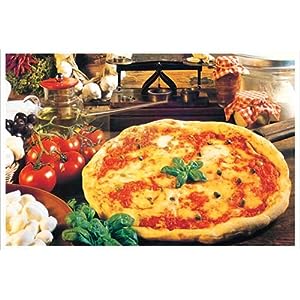 Just recently I was in a high-end pizza place with one of my daughters. I asked the waiter where my salad was. He said I hadn’t ordered it, which was true, as I’d gotten over-involved in the details of my pizza order (tomatoes on the side, undercooked, etc.).

I happily said he could bring it any time it’s ready. Somewhere in here it seemed he was upset with me, so I tried to be uber-friendly and my daughter told me he was laughing at me not with me. And then I wanted to say something to fix it and she told me to “just stop.” Ordinarily I would ask her if I was too annoying, but it was so obvious.

Maybe I’ve told you this before (annoying), but one daughter has asked me not to hug her every time she leaves the house like I’ll never see her again.

When was the last time I didn’t have to make a trip from the checkout line to the car for the reusable grocery bags? Never.

Now that I’ve instilled the fear of the Lord re these dreaded insects, I’ve been banned from mentioning them. But sometimes it’s imperative to point out a new risk, such as after I read they could be hiding in the battery compartment of the TV remote control.

In defense of my ways, whenever it’s possible to self-correct, I do. After asking my daughter if the cool guy she met at a party ever called and she said I was annoying and that she was never going to tell me about anyone again, I never asked about anyone again, except maybe once, and so she resumed telling me about this guy and that guy.

My Optimist presumes I have some good qualities to offset my annoyingness because, despite how irksome I can be, my daughters remain loving and close.

Do let me know in what ways you are annoying . . . chances are it’s something I’ve overlooked mentioning about myself.

See some of my Home Goes Strong posts:

*A Woman Talks About Sex From Her 20’s to Her 60’s (fascinating and relatable!)

*How Couples Resolve The Thermostat Wars & Other Domestic Battles