There’s a lot to learn during 10 days in New York. 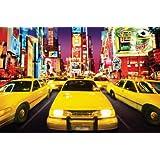 I learned I can go far north or south on dedicated bike lanes. And once a day someone grouses at me for wheeling crosstown on the sidewalk, not that I blame them.

But I do blame the guy who tried to push me off my bike as I pedaled up the sidewalk one night on E. 92nd St.

“What the f*uck was that for?” tumbled out in an involuntary scream, as I regained my balance from the mound of trash bags he’d shoved me into.

“Get the f*ck off the sidewalk,” he shouted back. I responded with the equivalent of what you say to an aggressive toddler, “Use words!” adding, “You didn’t have to assault me!”

I told this to my friend Alice, who shared safety advice from a male poet she’d met in Paris: Never say anything to a strange man that makes him think of his penis. Any dirty word starting with P or F is dangerous. “Don’t tell him to piss off,” the poet had advised.

Adding to my biking concerns my friend Pam asked, “How old is your helmet?” After falling off a bike, her friend became partially paralyzed due to helmet fatigue. Her helmet had been either more than 5 (some say 3) years old or compromised by previous impact or heat exposure.

What I love about NYC is all the worrywart material I pick up from neurotic friends. Over sushi, I asked my pal Mike to borrow a pen. He answered, “I have a silver pen I love, but I’m too afraid of losing it, so I never take it out of my office.”

This very same worrywart imparted advice to never order spicy tuna. He told me it’s likely to be less fresh, since it’s chopped and spiced. “But Google it to be be sure,” he said.

“Even if there’s nothing about stale spicy tuna on Google,” I replied, “that doesn’t mean it couldn’t happen.”

Mike added that New York restaurants now get ratings from the health department. He dropped one place because they only got a B. What a dandy opportunity for bribes to the health inspectors; an A could really be a C . . . or worse!

On another note, if I ever need a job I can take a tip from someone named Sarah whose fliers on West 14th Street’s lampposts read “SARAHNEEDSAJOB.COM.”

To boost my readership, I considered doing the same with fliers that say CONFESSIONSOFAWORRYWART.COM.

But then I looked around and, like in a horror movie, where the handsome young man grows fangs before your eyes, everyone coming my way morphed into vampires.

Finally, I learned from a fellow who’d traveled to Antarctica that there is a barber pole, marking the South Pole, and that if I go there

and get sick, they have Medivac service.

Note to burglars: I’m home now, so no funny business.

What ideas do you get from your friends to worry about?

UNRELATED ANNOUNCEMENT: Do you have trouble remembering names, etc.? See my article “21 WAYS TO REMEMBER PRACTICALLY ANYTHING.”

LOTS MORE ABOUT MARRIAGE AND RELATIONSHIPS IN MY NEW MEMOIR . . .

The perfect gift for worrywarts or for anyone who would enjoy a “neurotic, hilarious, poignant,” deeply personal story.