You are here: Home › DIVORCE › ANTHONY WEINER & ME & THE GOING-INTO-TREATMENT EXCUSE

The going-into-treatment excuse didn’t work as well for Anthony Weiner as it had for me.

Though now I’m a compulsive truth-teller, in tenth grade I considered myself an adept liar. 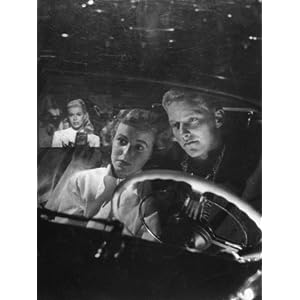 Early one week, I had accepted a Friday night date with Joe. Then Artie called that very Friday to ask me out for the same night. I could never refuse Artie of the sky-blue eyes, so I said yes.

When Joe phoned during dinner to say he would pick me up at 7:30, my father heard me lie to Joe that I was being punished for fighting with my brother and couldn’t go out.

After I hung up, my dad said breaking dates was not permitted–if I did not go out with Joe, then I could not go out at all.

Instead, I ran to my room, locked the door and phoned Artie. Since my parents knew Artie, I asked him to have his friend, whom I would introduce to my parents as Joe, come to the door to pick me up. The scheme worked, or so I thought.

When I came home from my date with Artie, my father was waiting. “Where were you?” he boomed.

It turned out that after I’d left, Joe dropped by to see how I was doing, at which point my father left the house and spent the rest of the evening cruising between The Hot Shoppes and Carol Yaffe’s house, the two hangouts he knew about, trying to track me down.

I had no choice but to acknowledge the deception.

“I think I need to go to a psychiatrist,” I said.

It was the only way I could think of to weasel out of my predicament; otherwise, I was afraid my father would confine me to my room until graduation.

It also worked for my parents in that I made an effort to stay out of trouble, because I felt guilty about all the money they were spending to send me to therapy.

Do you agree that the going into treatment is, at least partially, a convenient excuse for these infamous texters and sexters and twexters and Tiger Woodses?

3 Responses to "ANTHONY WEINER & ME & THE GOING-INTO-TREATMENT EXCUSE"

Leave a Reply to WHAT WAS ANTHONY WEINER THINKING? « CONFESSIONS OF A WORRYWART Cancel reply